As a British man playing an American game I never thought that the disassembly of guns could be so much fun.

I am not mechanically minded, that's the one sure thing you can say about me. I have little to no concern with how something works, only that it does.

However after playing World of Guns : Gun Disassembly I've gained a new appreciation for the effort that goes into creating the firearms that are used throughout the world and that I use in countless video games. 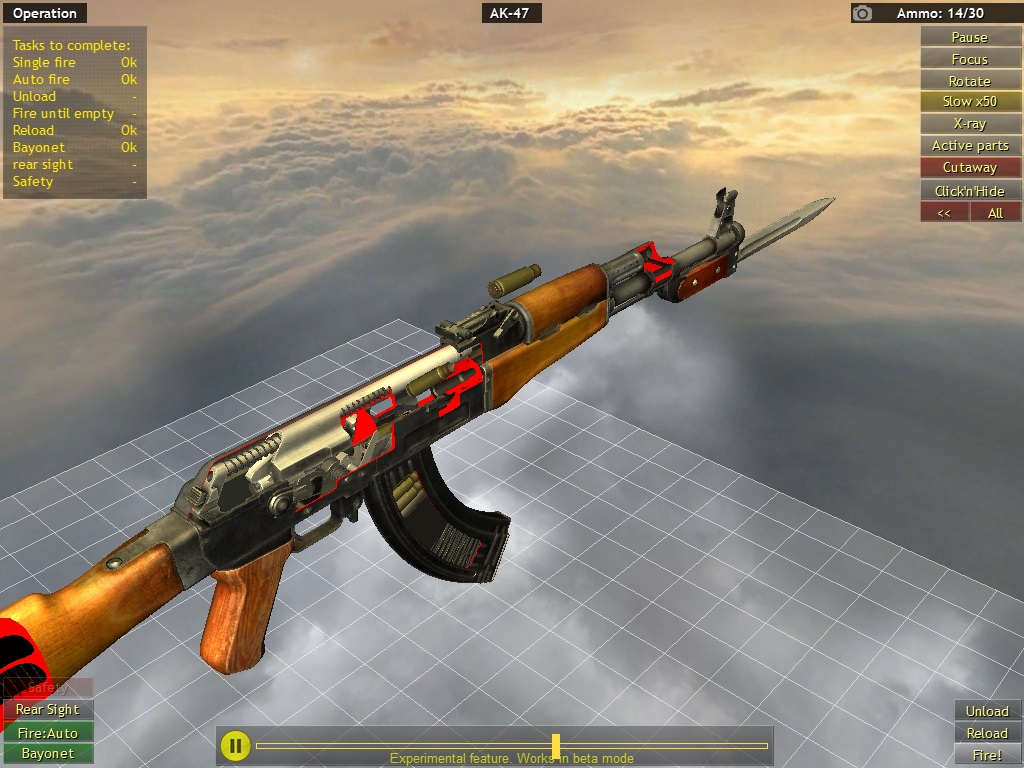 Let's go to the beginning. World of Guns is a free to play game about guns. Based on the name alone you'd expect it to be some kind of arena shooter like Quake or Unreal Tournament, but no. It's a game for those who have an interest, or would like to develop one, in assembly and disassembly of firearms.

Right off the bat the game gives you your first weapon to disassemble, the AK47. A classic weapon used by militia and armies across the world. 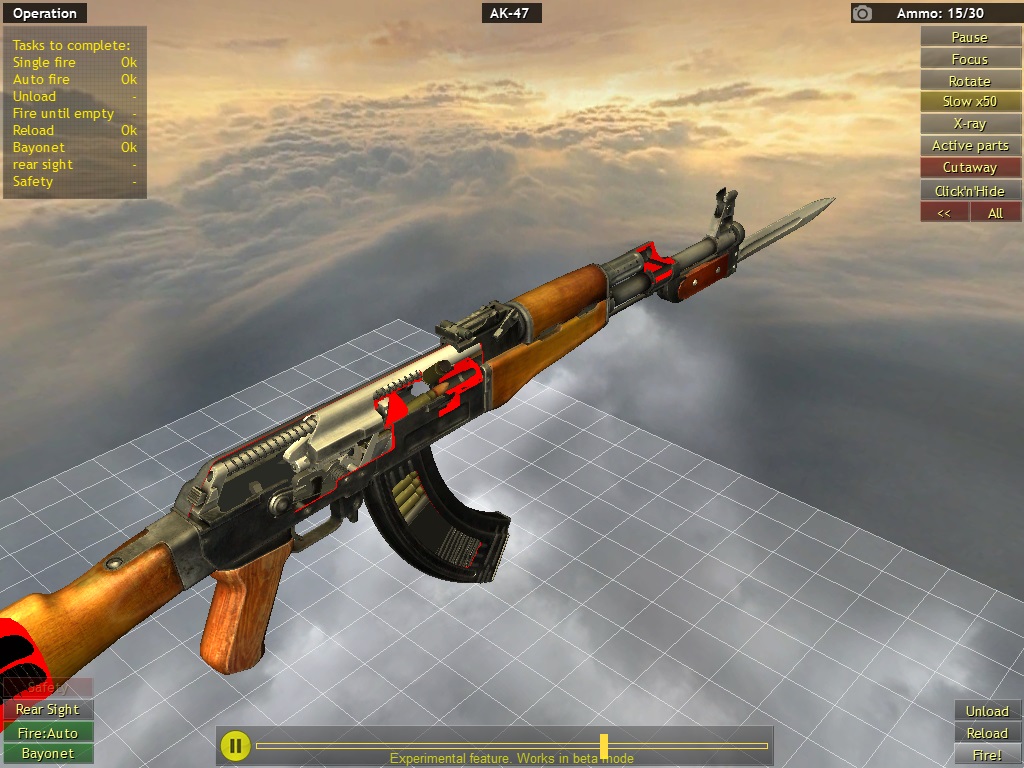 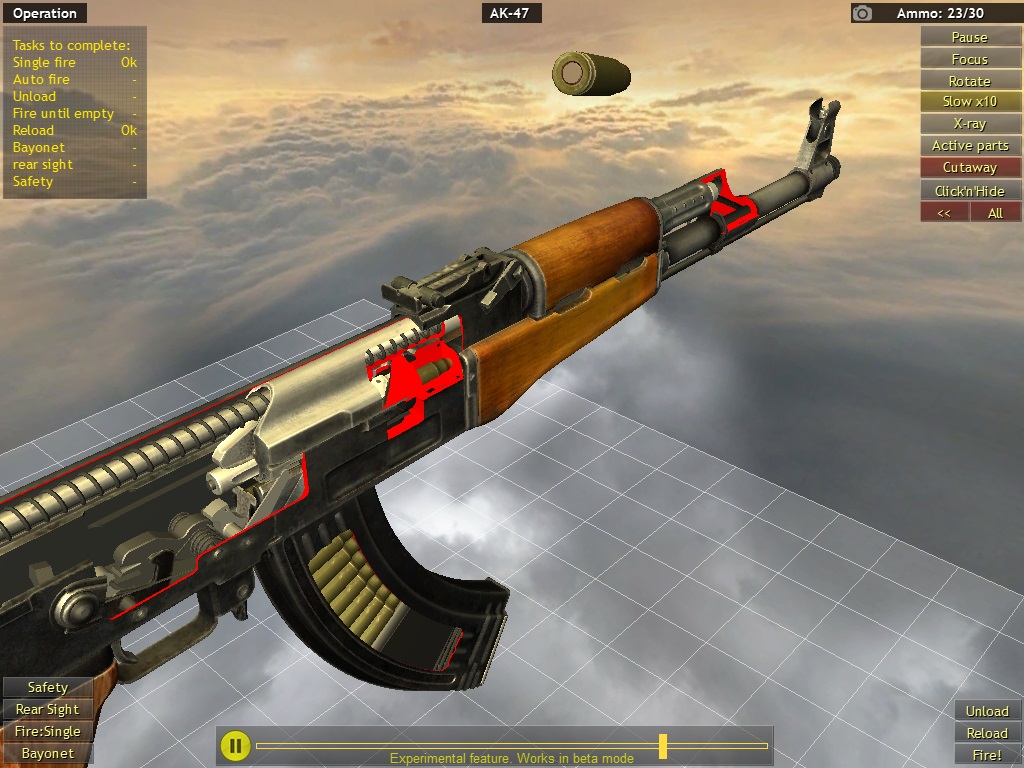 I'd never thought of it as much of a weapon to be honest, I much prefer a shinier one that shoots quicker and has less recoil but those are only from my video game preferences.

Straight off the game asked me to perform a field strip, it was only after I'd removed my jeans that I realized it meant the weapon.

Field strip is one of the modes you can enter when viewing a weapon. It's the most basic of disassembly modes that the game has. You essentially take all of the main parts of the weapon and remove them, leaving all the major parts intact. 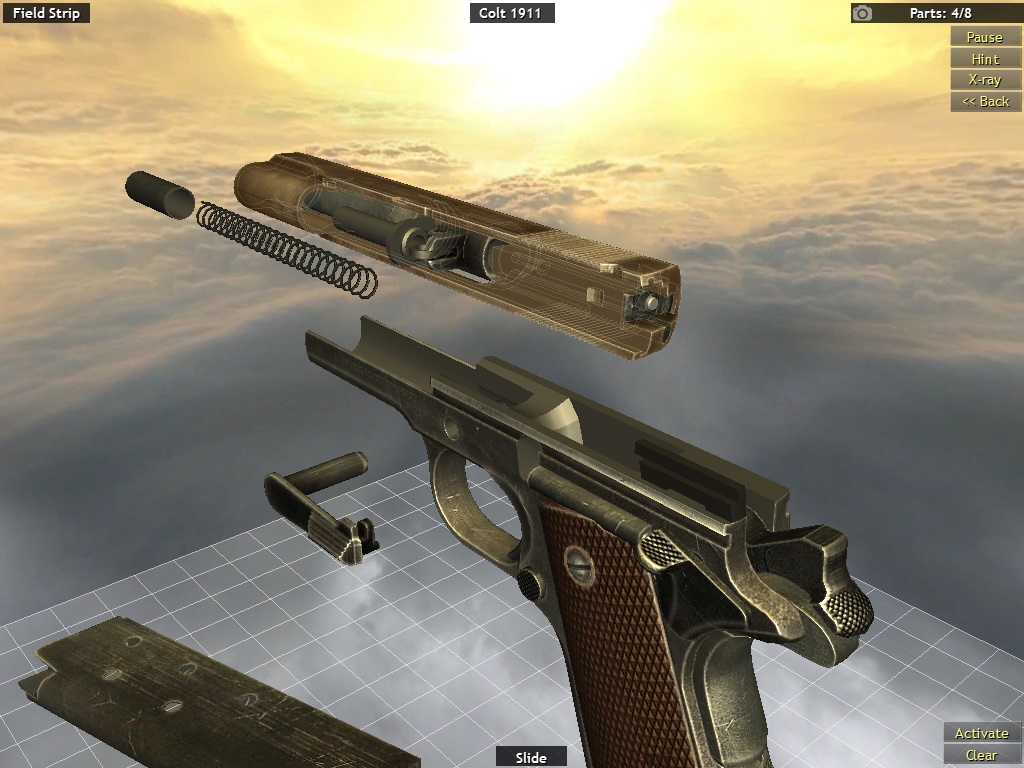 You're then tasked to reassemble the weapon in the reverse order you disassembled it in.

Selecting the right piece gives you the prompt to slot it back into place, and the wrong piece does not. There's no penalty and it's a very casual game in terms of gameplay.

Disassembly mode is much like field strip except much more detailed. Each piece can be stripped down the last screw and looking at the 3D model laid out is actually quite beautiful when you're done.

Again, like with field strip, you're asked to reassemble the gun again. Once again there's no time penalty or lives, it's still very casual. 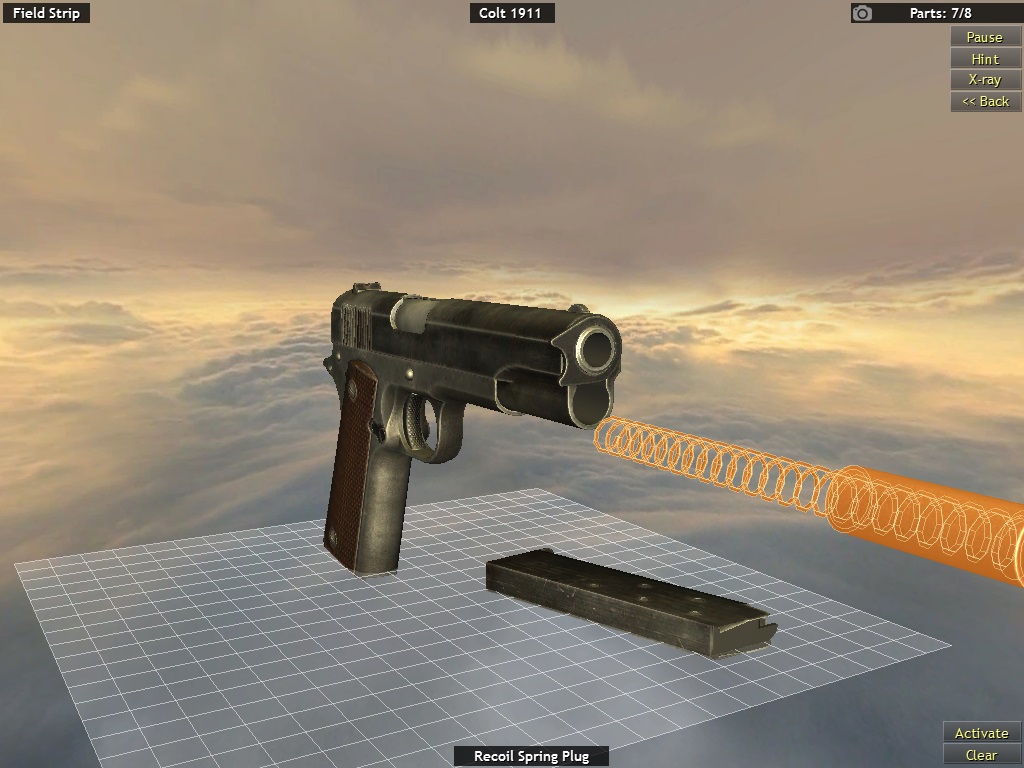 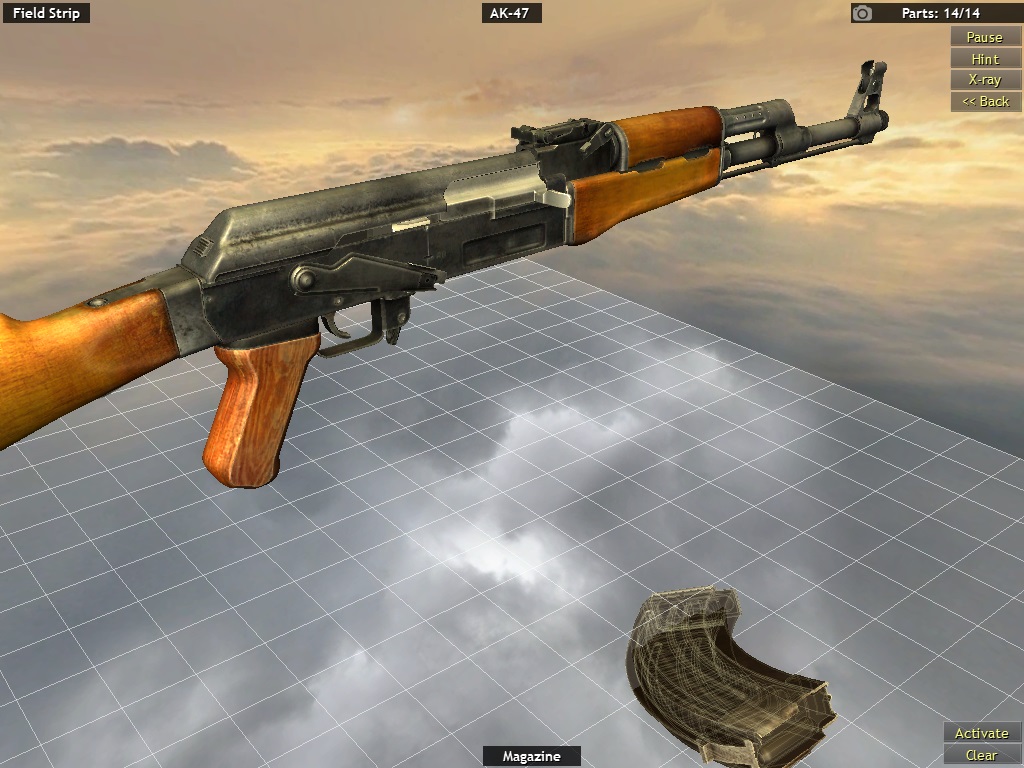 Operations mode is a little more hands on. It allows you to view each piece of the weapon in action. The weapon can be fired in any mode it has, like single shot or full auto. Time may be slowed to appreciate each move of the components and various other filters can be applied to fully grasp how the weapon works.

Of course it is a free to play game, so unlocking weapons to disassemble is a bit odd. You gain experience with each task you complete for the weapons you have unlocked, you then use that experience to buy the next weapon down the tree.

There are plenty to choose from though so if you have the time and patience you'll be spoiled for choice. 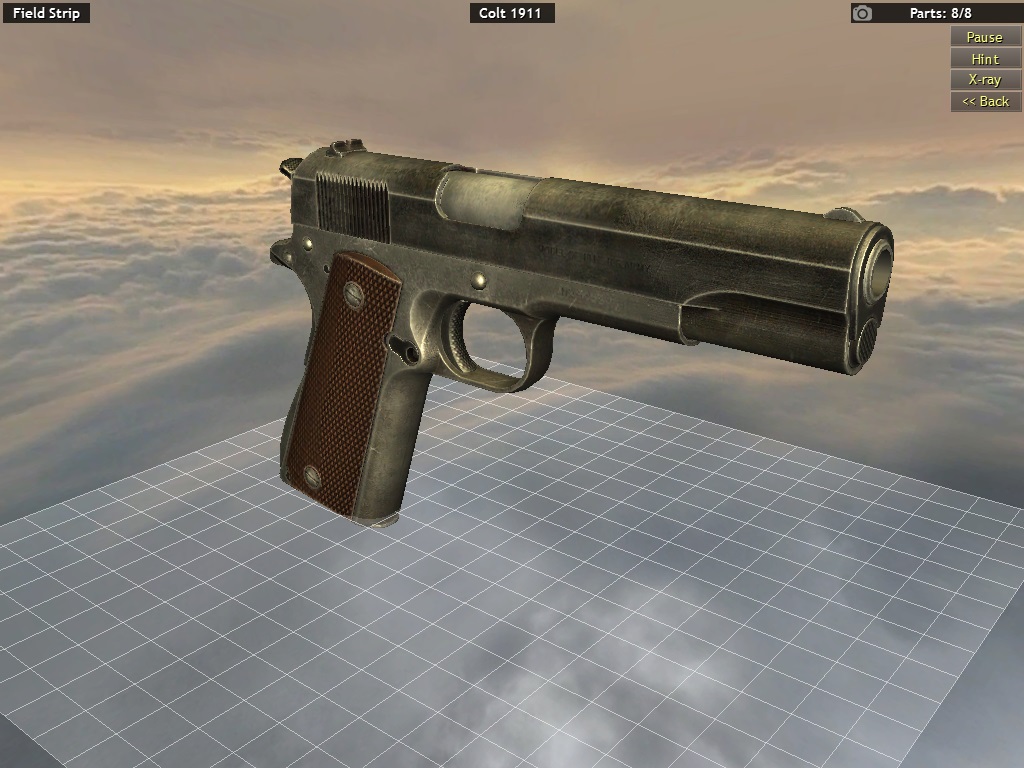 I'd never really been that interested in learning about weapons and how they work, but after playing this I've found a new interest in the how'.

Field Strip and Disassembly mode feel different from one another

Watching the weapon in action is always fun.

Unlocking new weapons is a pain

If you only like shooting then this isn't for you

Requires patience to get into.