Stardrive is a SF 4X real-time game. This is probably the most differentiating feature when compared to other games of this type. While in other genres turn-based games are in minority, not so in 4X. The best known real-time example is Sins of a Solar Empire. Which, to my mind, was a bit of an RTS with added 4X elements. Stardrive concentrates more on classic 4X, with combat largely automated. Still... the real-time aspect is both interesting and awkward (Stardrive 2, which is in development is going to be turn-based btw), when I played on smaller maps everything was fine, but on bigger ones, so much is happening that is very easy to miss important things. Yes, there are bigger strategy games that use real-time (e.g. Hearts of Iron) but they have two elements that Stardrive lacks a detailed notification and log system and autopause settings. While you can pause Stardrive and issue orders you have to do so manually and the game does not notify you about many things that happen (and some are marked on the map itself, which makes it harder to notice if you concentrate on a different part of the map).

Having gotten my gripes about real-time out of the way, let's talk about the game itself. You start by either creating a race or choosing a premade one. The races are diverse enough and have great look, the most iconic being the race of Space Bears. You set other options like the game's speed, map size etc and begin playing with one world and a handful of ships (in a nice touch, humans do start in the Solar system). You search for new systems and planets, colonize those that have some value. Each planet produces science, money, food and production. Science and money are global resources, but food and production is stored locally. However, not only can they be used locally and they can be transported to other planets. This is done in a very simple way, you set the production to export and your trading ships will transport the goods to those planets where you selected import. (so this means they can be attacked). This simplicity, together with clear management screens make governing your empire quite easy and on smaller maps I never used AI planet governors (sadly they are a must on larger maps, largely due to lack of notifications when planets finish production). 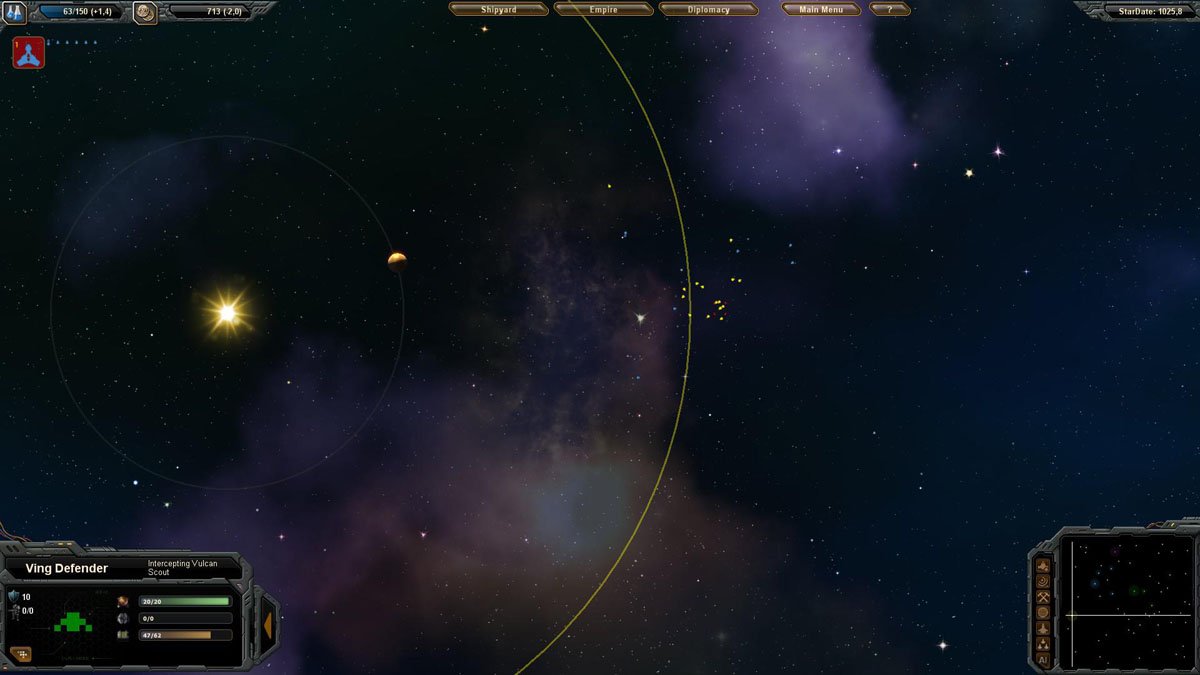 Sooner or later you will find yourself in a state of war, especially on higher difficulties the AI will be very aggressive. And it can pose a decent challenge (although it is not without faults, as e.g. it does not understand the need to destroy your fleet first and only then send the invasion force). Going through the technology tree you will unlock new hulls and weapons, this will allow you to produce default ships or design your own. And the ship design element is probably the most in-depth aspect of the game. You can't just put modules wherever (like in many other games) but you have to place them in range of power elements (many won't work without power), armour will protect the ships from sides where it is placed etc. The ship design can be very fun and even quite challenging. So you have your ships, well, you can direct them individually, but the game makes it quite hard. While the game has seamless zoom, and the higher zoom levels show ships as icons, most of the time they are very small and hard to select. You need to combine ships into fleets, which gives you nice buttons (and keyboard shortcuts) to select and find them. Thankfully the fleet creation screen is well done. You can combine your existing ships into fleets, but also use ships that do not exist yet and they will be produced automatically. You can put the ships in formations and give them simple orders they will try to follow. All in all the combat system works well, although micromanaging battles is rather hard. 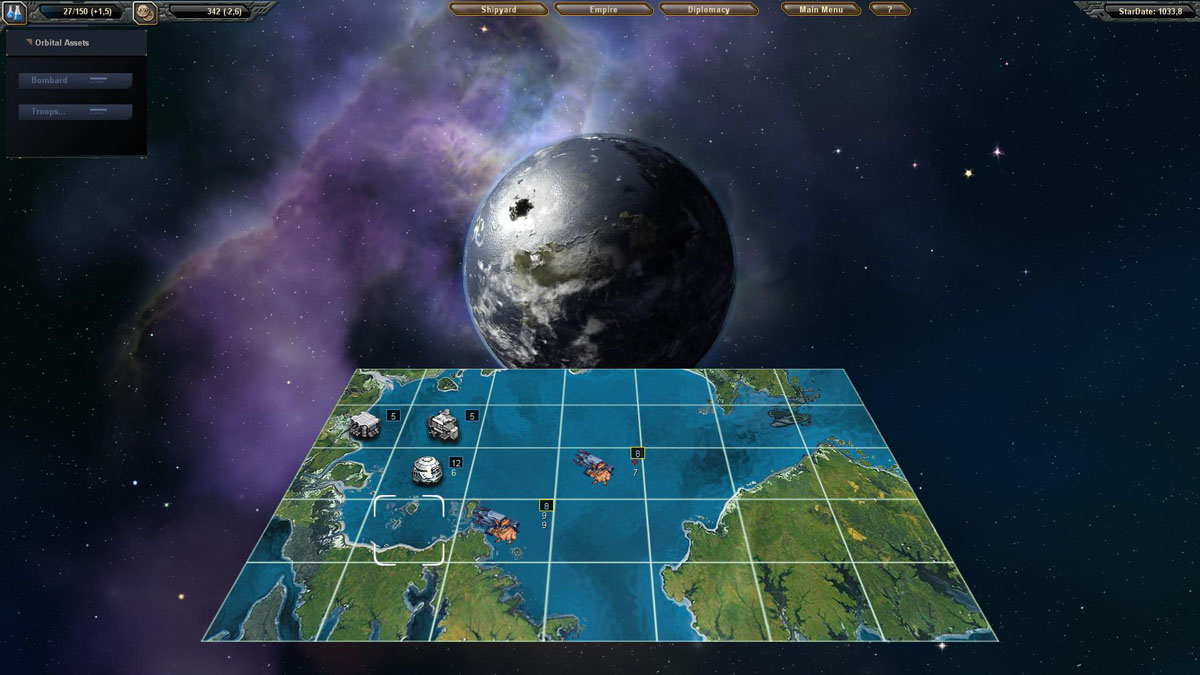 One last element to mention is diplomacy. Generally it is fairly simplistic (think Civ 5) with standard options, the only nice twist being the ability to change the tone, sometimes it is better to plead, at other times to threaten (this depends on the situation but also on the race you are talking to). 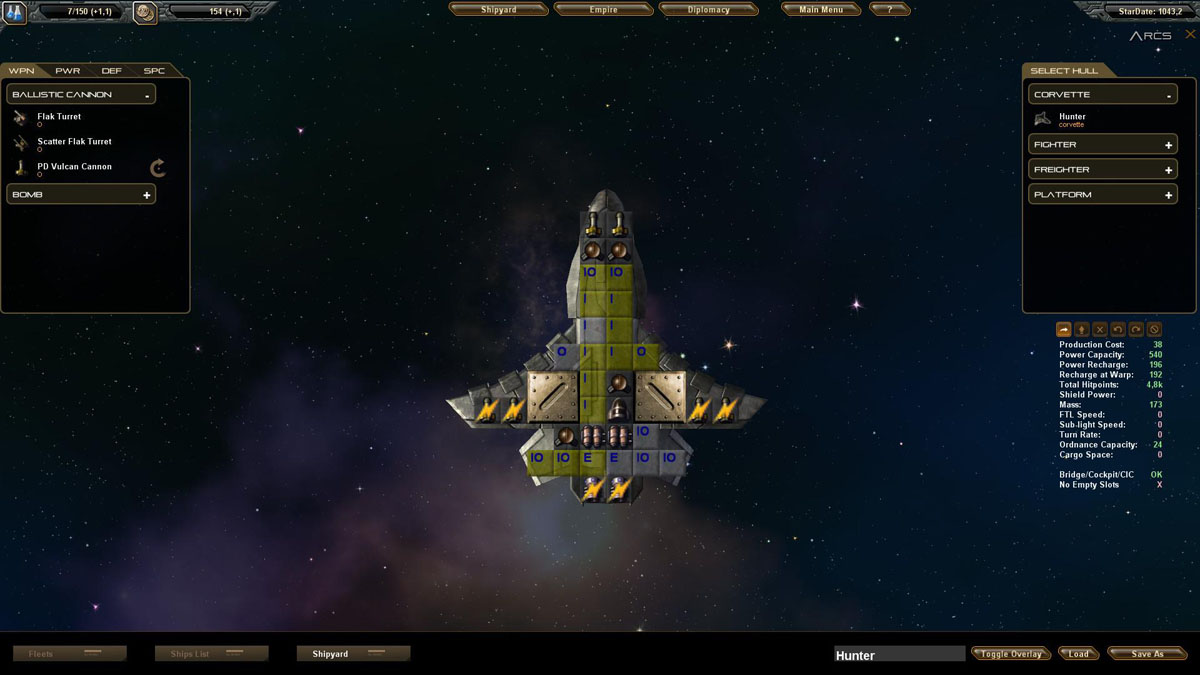 Time to design a ship.

All in all, despite my, partly justified, fears about real-time system I enjoyed Stardrive. When I ran it for the first time and saw there is no interactive tutorial and only textual explanations I though that bad. But the game is so well designed and streamlined that you can learn everything just by playing it. It has deep elements (e.g. ship design) that still you can ignore if you want something more casual and exploring and conquering the galaxy is a thrilling experience. And it has space bears, that's a big win. :)