A nice experience which doesn't let reality slow it down when looking at the fun of sniping someone's balls off.

Well that was an opening line I never thought I'd write. I am, of course, talking about Sniper Elite 3.

Sniper Elite is a series which has interested me a little, I'm ashamed to admit. I'm not the kind of person who rushes to play Sniper on TF2 or Battlefield but I do appreciate a handheld weapon with the range of at least a few city blocks. 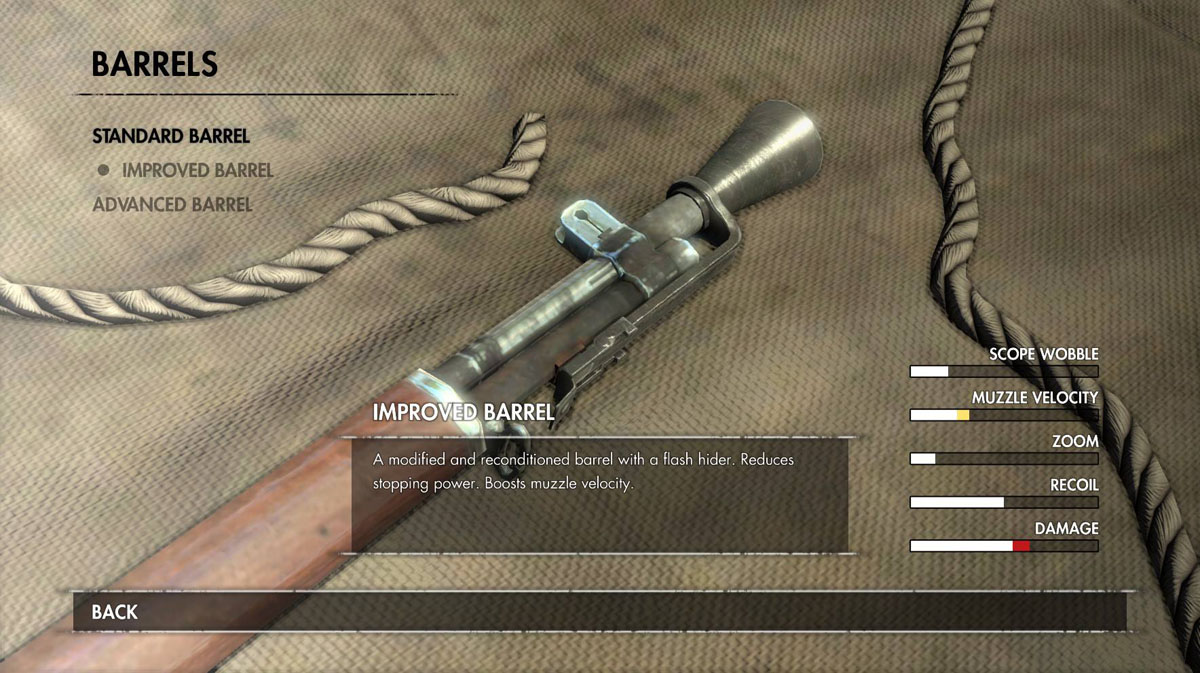 With that in mind I was optimistic about Sniper Elite 3, and then I remembered V2. Yes the slow-mo and x-ray shots were fun and it was good for a few minutes but ultimately that wore thin. Each encounter usually ended in you getting one good shot and then being forced to use your automatic weapons and explosives to finish the job, rinse and repeat until you reached the end of the level.

While I'm sure the enemies hunting you relentlessly is probably realistic when it comes to war, it just isn't fun. I like being able to be hidden and take out an entire base without being spotted.

It seems someone at Rebellion heard my prayers and put their lackeys to work on the third instalment, and boy does it improve a lot. 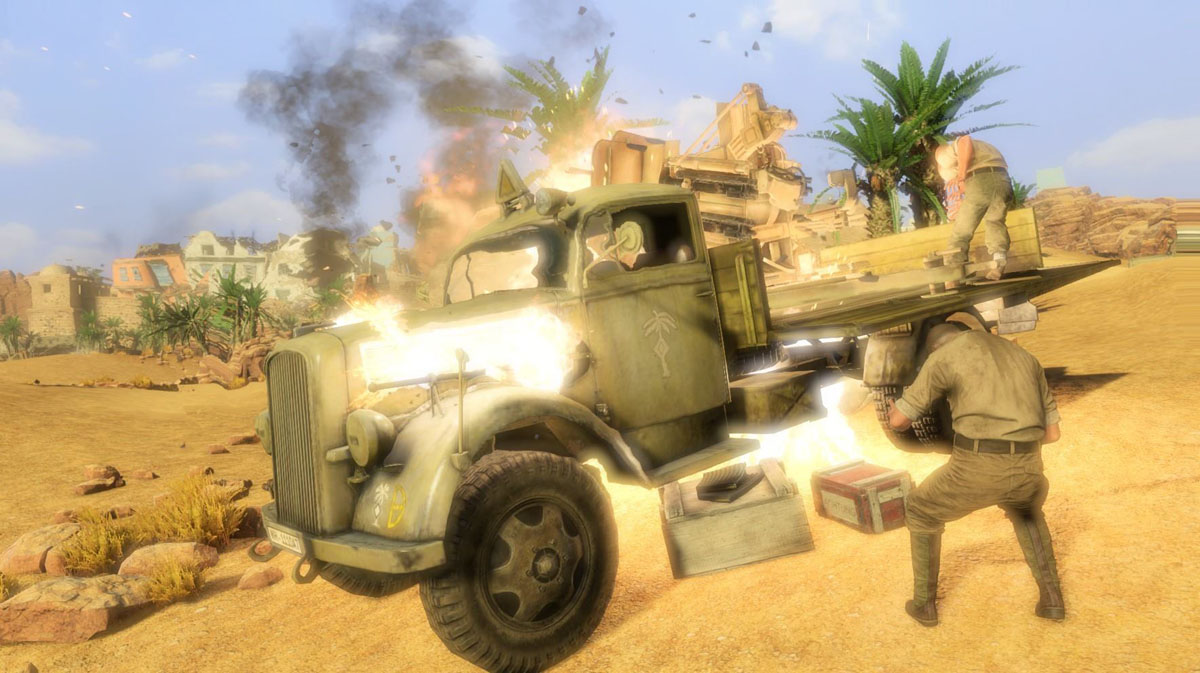 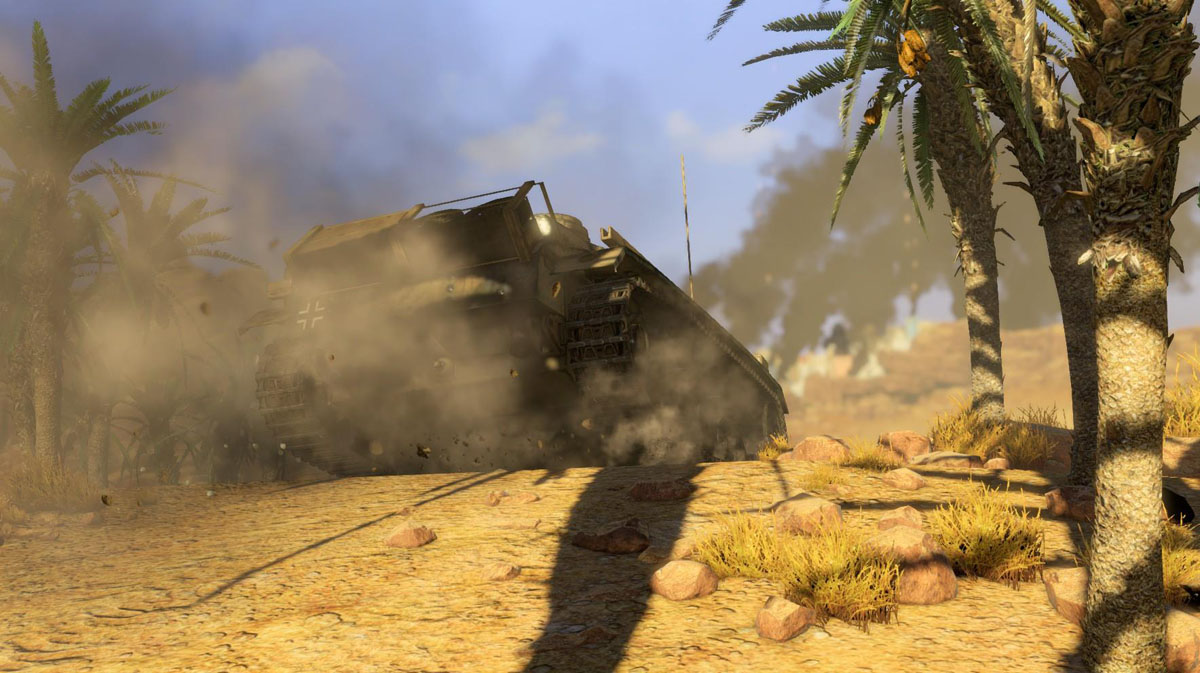 Right off the bat the game looks lovely, it was so sunny and shiny in the opening level that I initially thought screw sniping, I wanna sunbathe. But then the Germans showed up and duty calls, as it were. The opening defence of a town in Northern Africa does well to show off some of the games improved features. Sniping X-Ray shots now include muscle as well as vital organs and each shot is shown is gruesome detail, not original but still nice to see after V2. 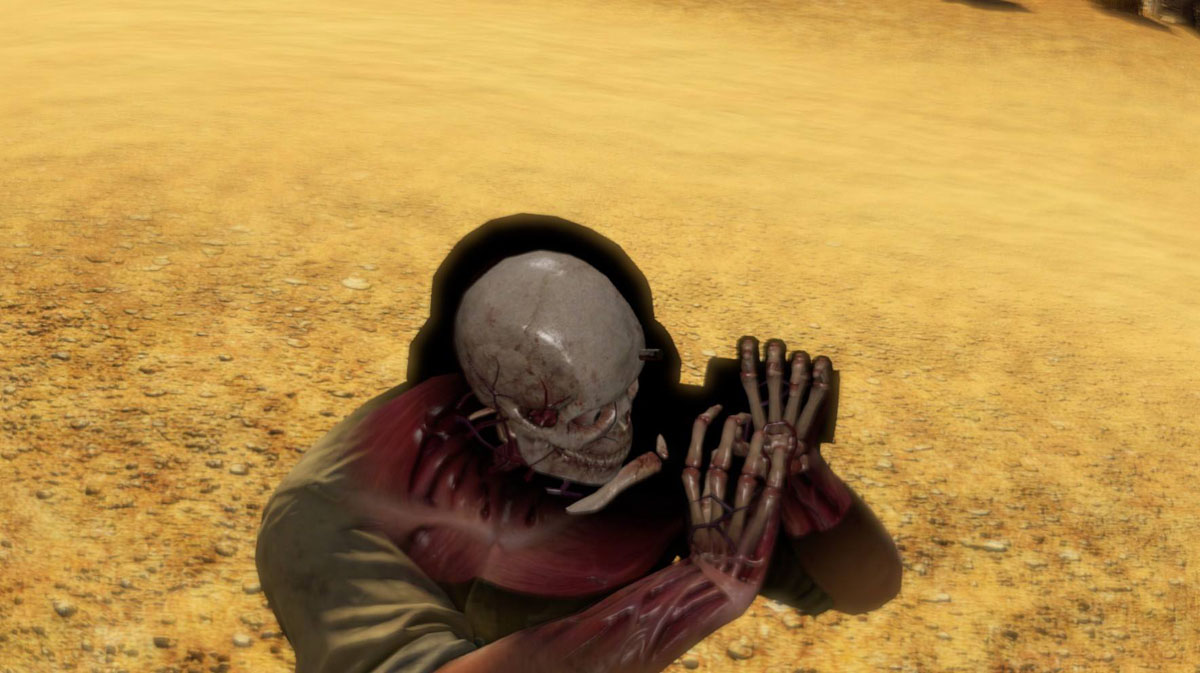 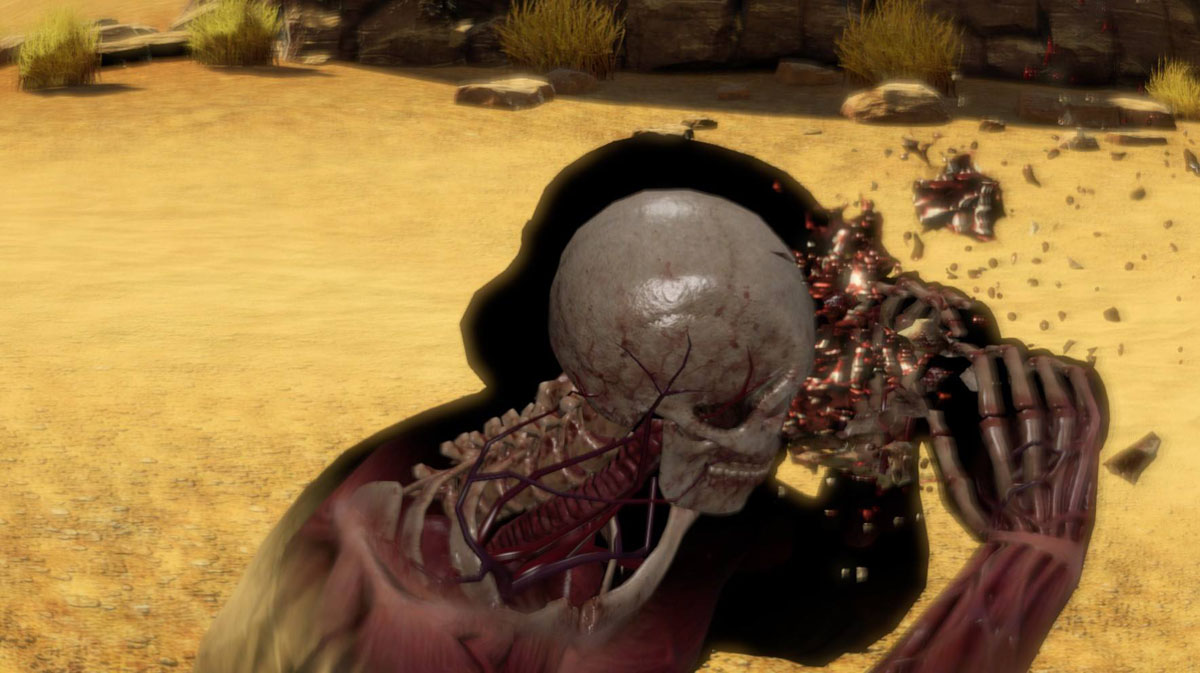 As the mission opens you're tasked with taking out some artillery positions. The game now gives you its improved stealth system. Admittedly crouching is still the way to sneak, though as silly as it'd look I'd like to see my guy tip-toe around like a kid trying to sneak some cookies after dinner.

So sneaking around we see that artillery fire is a great cover for rifle fire, pistol fire, explosives, dropping chandeliers on people's heads, really just about anything. I mock it but it's a good system of letting the players get away with some more elaborate ways of killing the enemy.

Another huge improvement is the way in which the enemy spot you. It's the simple Hidden, Searching and Located stages of stealth but the enemies are much less relentless with their pursuit. Part of this has to do with how the player reacts. 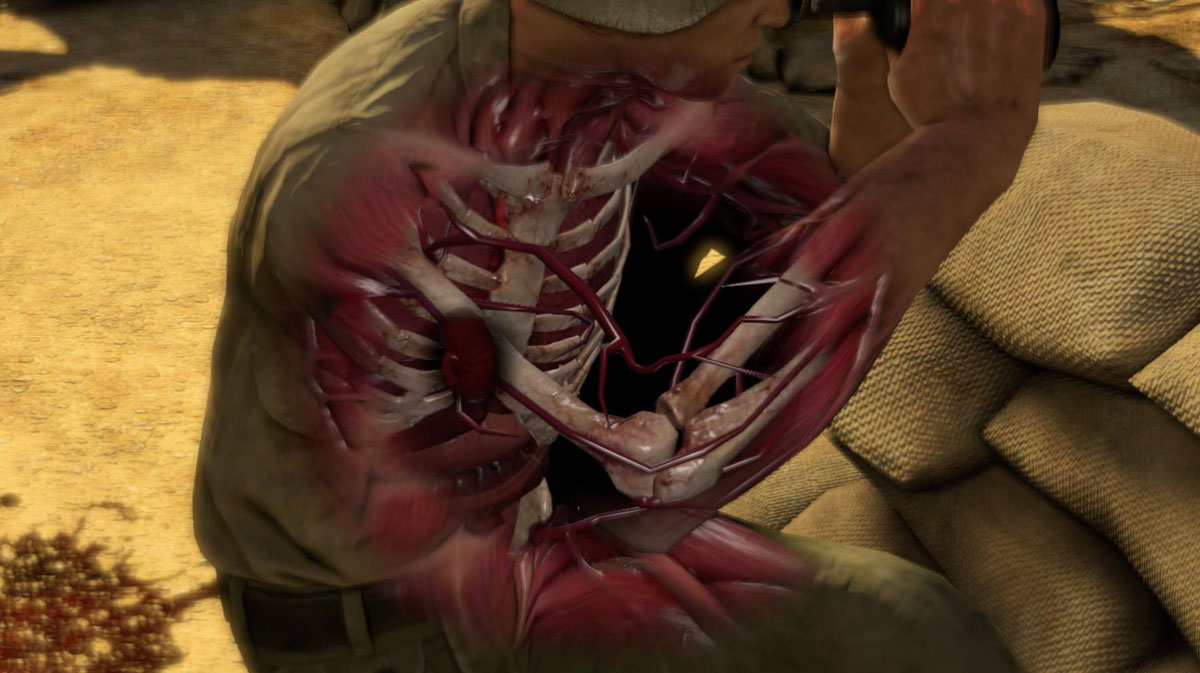 In V2 once you were spotted there was almost nowhere to go. Being confined to towns and indoor structures essentially meant that once you were inside you might as well put away your silenced weapon and start playing third person CoD.

Sniper Elite 3 fixes this with much more environmental variety. Players can move around freely in bigger areas than in V2, meaning hiding after being located is actually possible in this one.

This little addition of bigger maps just allows for much more freedom when it comes to completing missions and, while it does dim the realism, it makes the game fun. 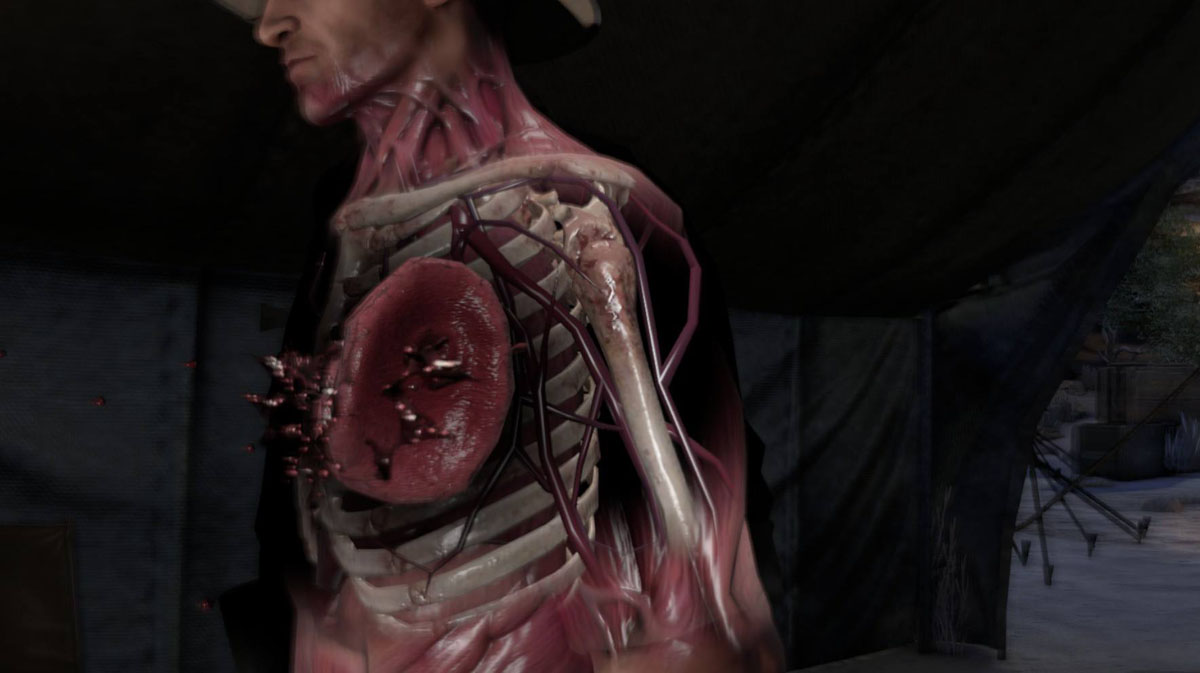 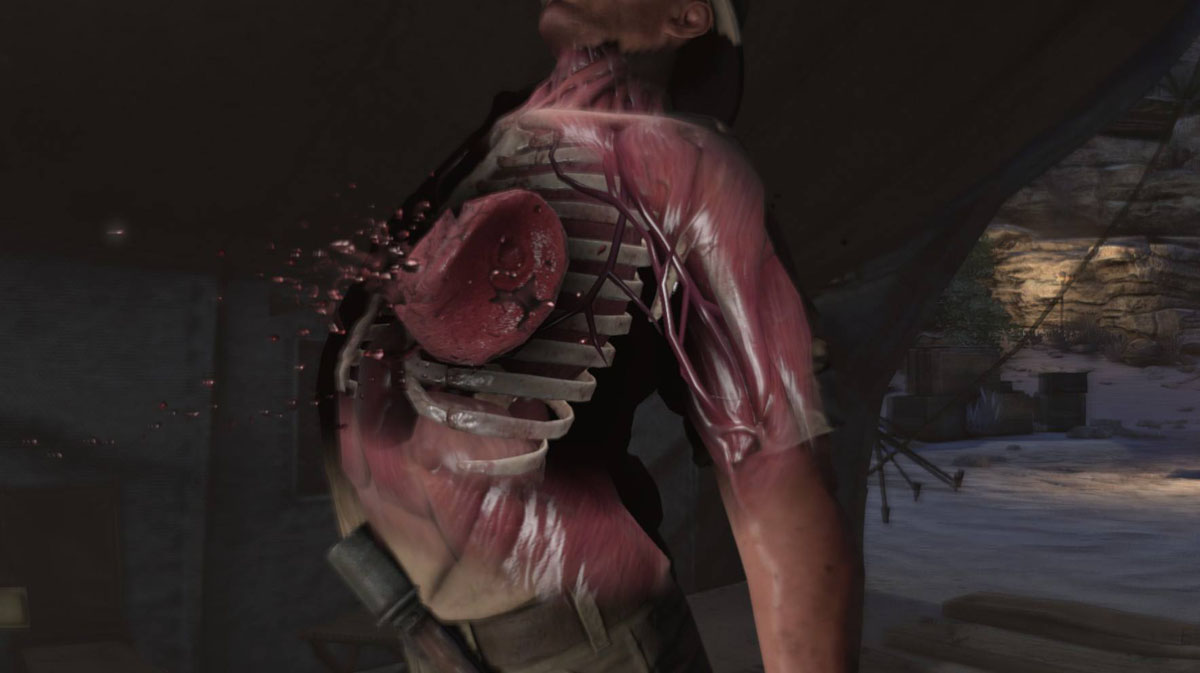 Alright I've talked about the positives. So let's talk about the negatives. Well it's not one for you if you like super realism. Enemies won't pursue you forever and have quite predictable attack patterns.

Although I've praised the stealth system it is rather basic. Crouch and the enemies will take a good few seconds to spot you, even if you're right in front of them. I can forgive this however as it makes the game more fun than just having the enemy spot you and considering it the end to your stealth attempt.

Bullet ballistics are an odd one for me, I both like and hate them at the same time. On the one side it's nice that they acknowledge that a bullet won't travel forever, on the other trying to gauge just how far a target is without a rangefinder is a bit of a pain. Most of the time I make it, but sometimes I find myself having to fire off a few shots while the enemy wonder what made that sound which sounded suspicious like a sniper rifle followed by bullet hitting their lunchbox next to them. 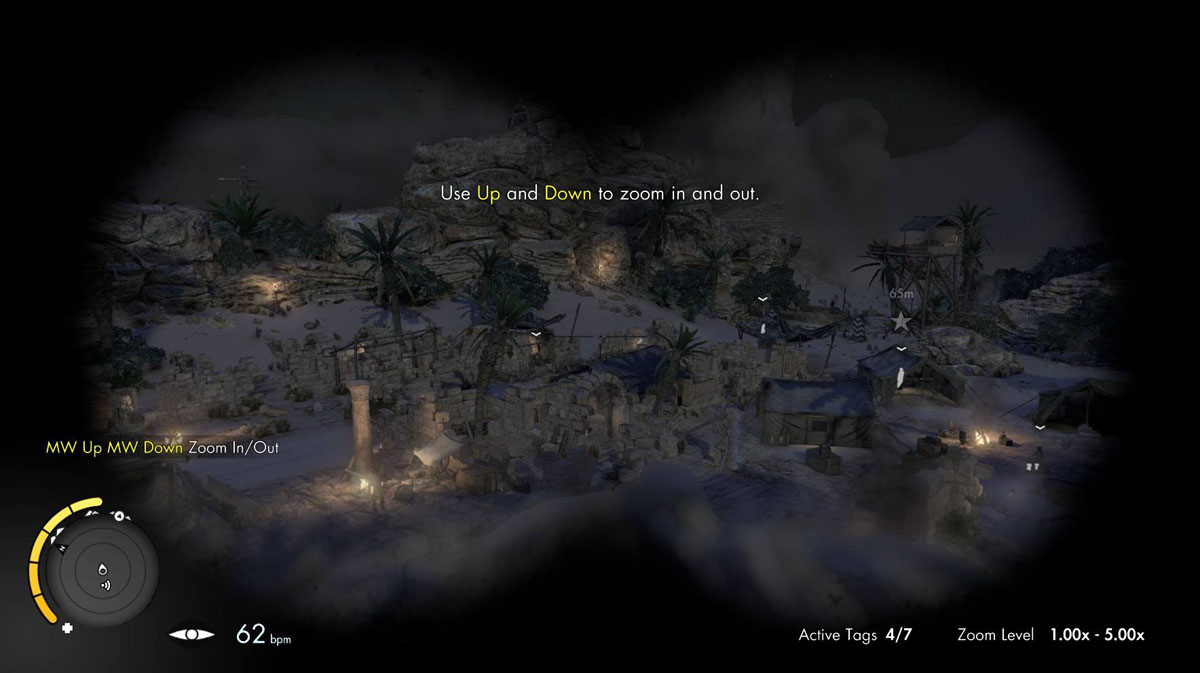 Let's round this up then, I've been at this long enough now. This is a great third entry to the series. It looks good, plays well and has enough improved features to satisfy anyone who played V2. The only problems are a lack of depth in some areas like stealth and seeing a bullet going through someone's spleen is entertaining, but by the fifty first shot it starts to wear a little thin.

The stealth approach can be fun

Realism is thrown out the window sometimes