Skyward Collapse is an interesting take on god (turn-based) strategy. You generate a world on which there are two civilizations (Greeks and the Norse, with an expansion adding the Japanese) locked in a conflict. You play as a god having a lot of economic control and little military control over both factions. In what could be perceived as an acute commentary on human history, being a god you do not want any of the sides to win, your task to keep them in eternal balance. 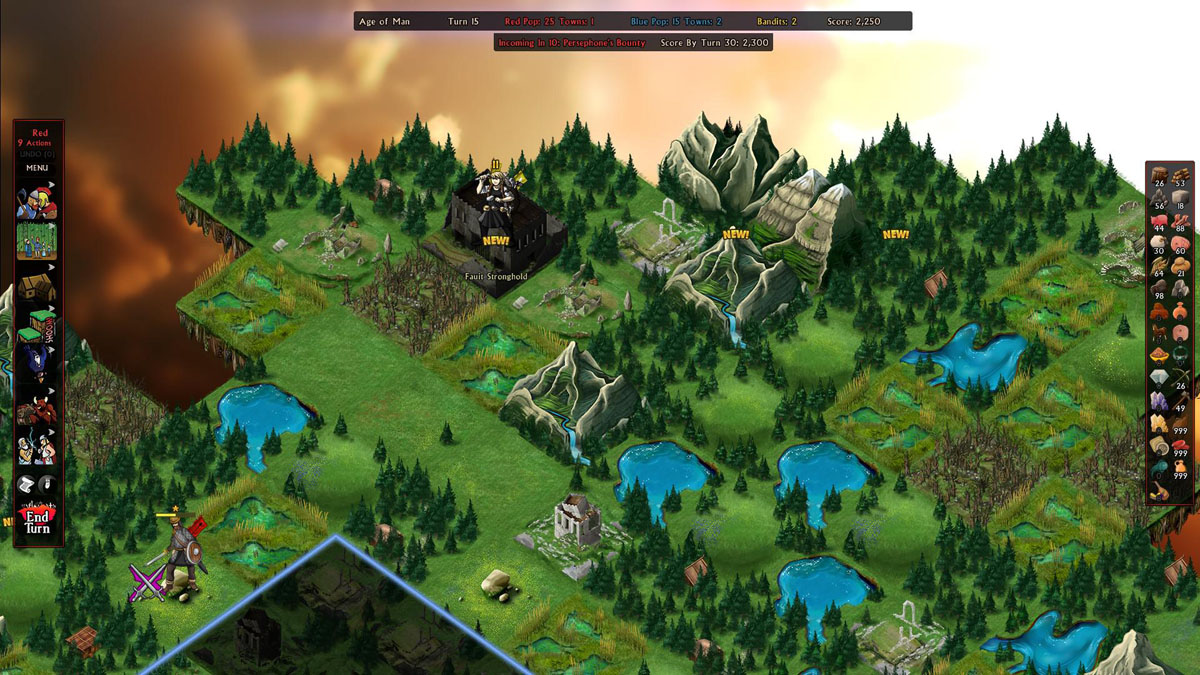 Neutral enemies will keep both your factions on their toes.

The game is played in turns, each turn you get a number of actions you can perform, at the start they are going to be mostly building structures. You have military ones, producing units (this happens automatically every x turns) and those producing resources. The game does a very good job of indicating what resources are needed to build what, so it is usually pretty simple to plan out the town. Later on if you desire so you can build new towns, although this may make the balancing of your two factions more difficult. It may seem that you could just not build any unit producing buildings and keep the balance in this way, but rather sooner than later the map will spawn rogue units which will attack everybody, so you do need units. When they are produced you do not have any control over them (in the late game you will get a limited ability to tell them on concentrate on some target). You can bestow new abilities or experience on units and in this indirect way influence what is happening. Later on you can also spawn mythological creatures, which can turn the battles. What drives the game are the eras, you start in an era of humans, next you get the eras of monsters, gods etc. with more and more powerful creatures spawning on the map you can't stagnate and have to constantly develop both factions, all the time paying attention to neither becoming more powerful than the other. It is not as simple as it sounds as units can find bonuses in the ruins and the neutral spawns have random location, so one faction can be more affected.

The game concept is really original and if you played hundreds of turn-based strategies it does feel fresh which is always welcome. On the other hand the concept does have a few negative consequences. While later on you do react to many things happening on the map and it can get quite tense, at the beginning you will basically repeat the same moves for each faction each turn. The factions are not identical, but they are pretty balanced, and in this case it is not a good thing, it means that instead of balancing them in a clever way you can just keep their units in the same tiers and numbers and it will work. Again, it does change later on with all the events happening, but the beginning can be a bit dull. Also, and it may be just me, I feel that balancing and trying for them to survive as long as possible is less satisfying then traditional conquering. 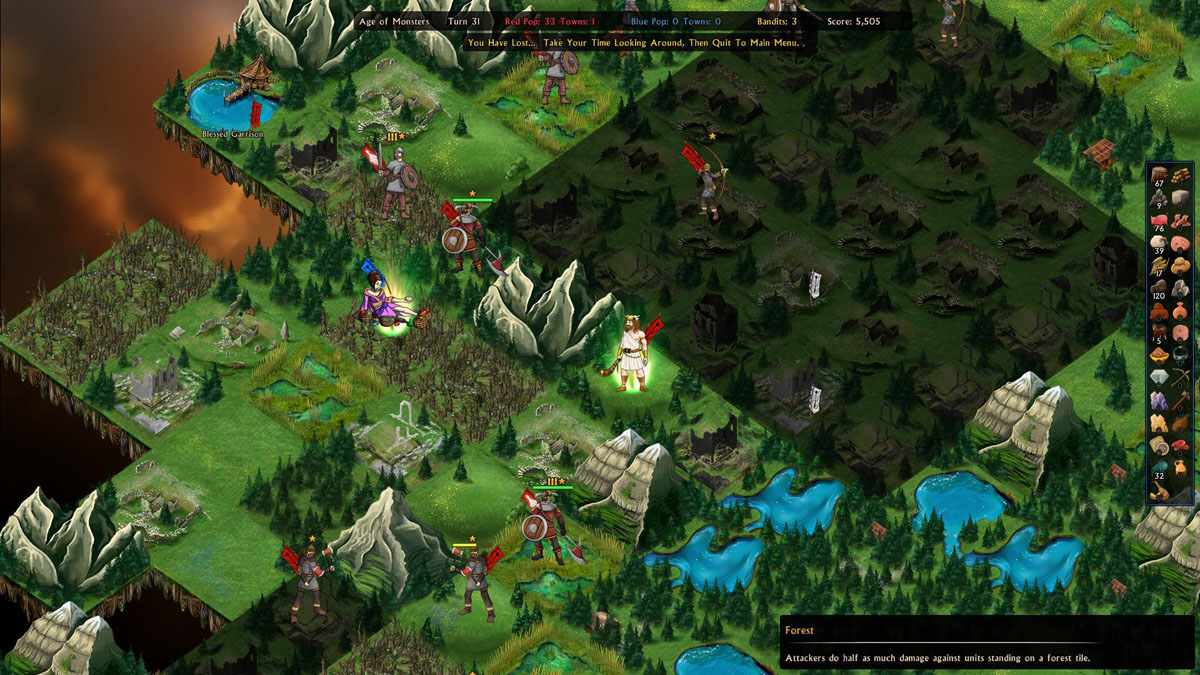 The game presentation is pretty clear, while units are not animated it does fit the whole idea of them just being pawns on a board. The only gripe I have with the visuals is that archers can have a pretty long range, that allows them to shoot targets you can't see, you can solve it by zooming out but then the details on the map are pretty obscure. I really enjoyed the music, nothing too original but very competently done and fitting the theme. To conclude... it is really hard to say what is my recommendation here. I feel there are so many other games I enjoyed more, but if you feel each strategy game you play is somewhat similar to the previous one then definitely try Skyward Collapse, it will present you with fresh challenges and make you rethink your usual tactics.