A surprisingly deep and addictive freeroam RPG with more depth than some triple A releases.

I'd seen Kenshi a few months before when I was browsing the Steam catalogue of games for something to play. Like most of the games I see it was too expensive for a poor student who was eating insta-noodles every night for dinner, so I had to pass it up.

Now I get a chance to play it and I must say, it's much more addictive than I thought it could be.

So let's look at story, well it doesn't seem there is too much of a huge story. Humanity exists in this big endless wasteland and you're a mercenary roaming around from settlement to settlement trying to make ends meet. 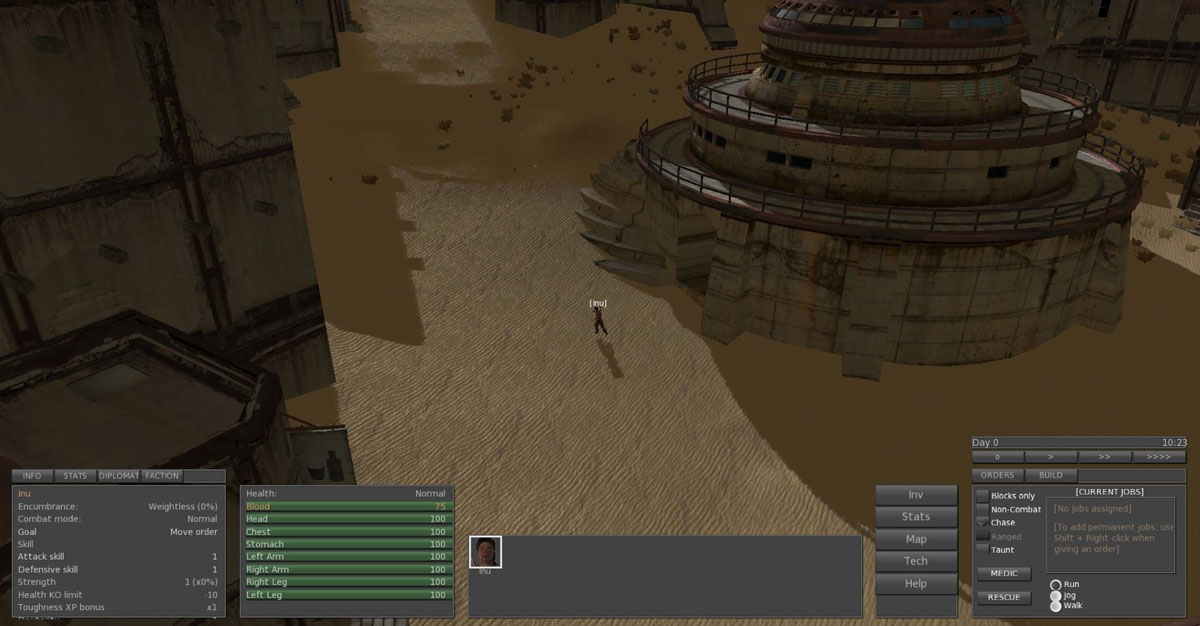 Though you start off with only one member of a squad you actually can hold multiple members, and it is encouraged that you start out small and build up a bigger posse before venturing out into the wild wasteland. Of course I learnt this the hard way.

After freshly creating my character and walking into a bar I found a young woman with a sword who wanted to go on an adventure. So after paying her 700 cats, yeah those are currency now, we set off into the world.

I couldn't believe my luck when I stumbled across the corpses of multiple bandits who were just waiting to be looted, so I set my dynamic duo off on a looting course, though finding only rusty clubs. It was then that the main bandit force showed up to retrieve their dead friends.

After some hefty flailing my character bit the dust and were subsequently beaten to death by a horde of about 8 bandits, not to self: number = win.

So my first outing didn't go as planned, but it's all a learning experience. Roaming the wasteland and killing the enemies you can handle will give you points, and loot to trade for currency which can be used to hire additional squad members. When your death squad is big enough it can feel like nothing can stop you.

The depth of the skills and HP system is something I'd like to praise too. Your characters can be trained in multiple weapons, multiple survival skills and when it comes to damage there are markers for individual limbs and body parts.

This is something I like seeing in games when it acknowledges that even if my right arm is hurt I can still use my left, rather than just giving me an all over HP counter.

I've sung the praises of the game, but what faults are there? Well it is in Early Access, and if that puts you off then leave it for a few months because there are bugs. I've had a few crashes which I will put that down to. 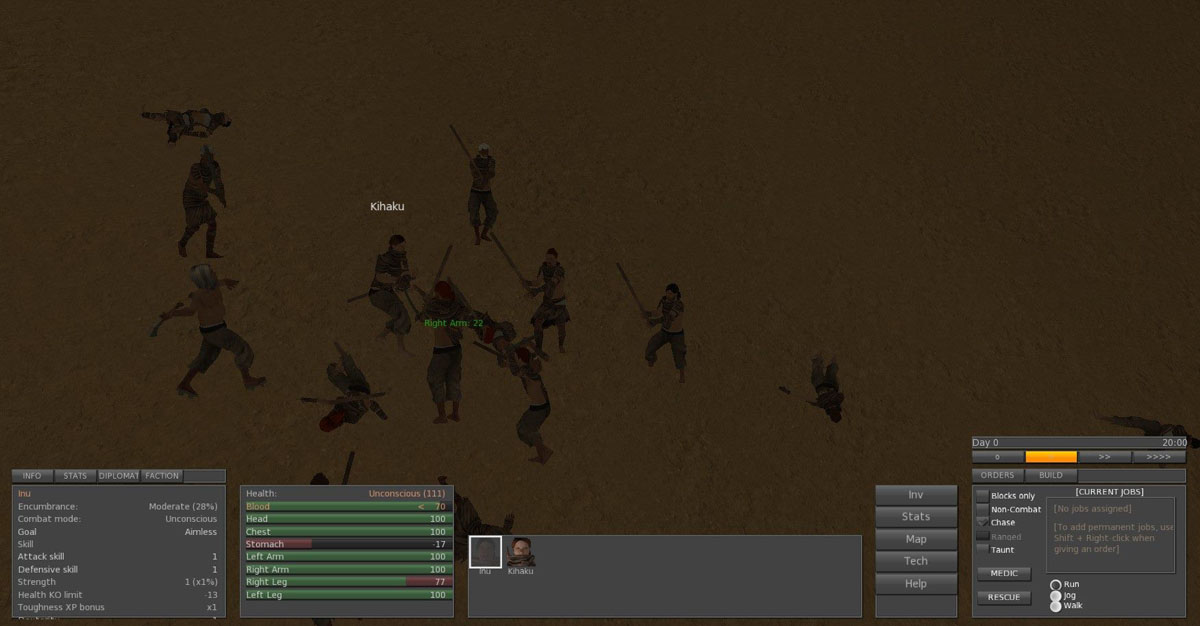 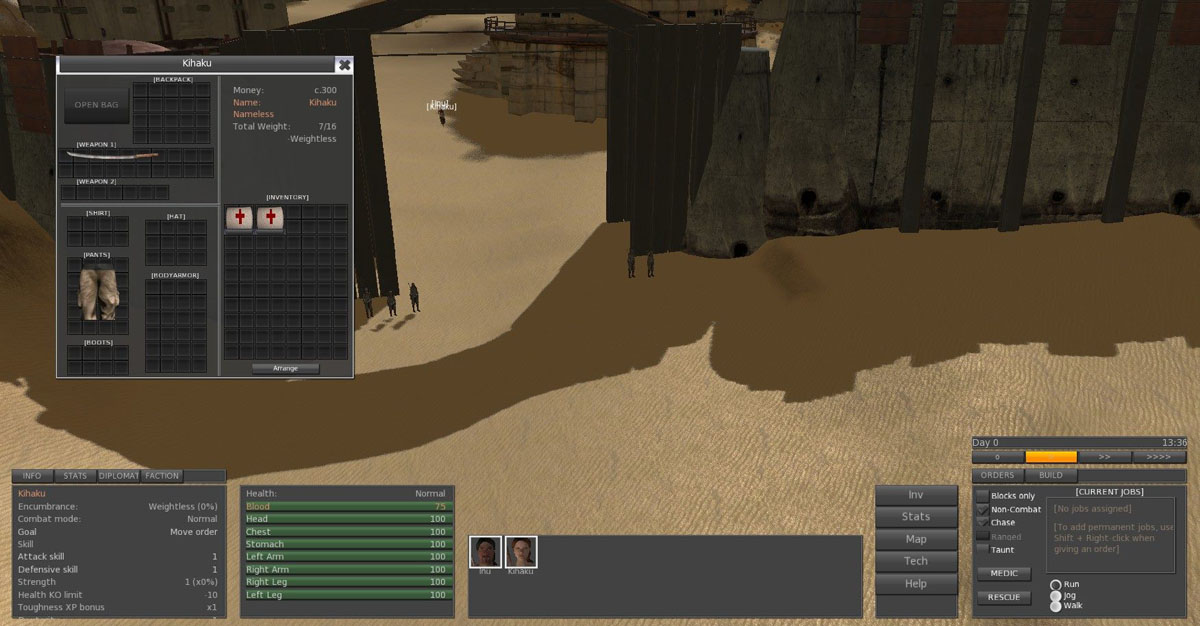 Also the tutorial system isn't very intuitive at all. At the start of your first play through a large text box appears with multiple options and there's so much to learn that it's just so overwhelming I just pressed play and figured I'd learn it all later.

Luckily the game is easy to pick up, despite it not being a traditional RPG.

To sum Kenshi up I'd call it a different RPG experience. It's a little like an RTS crossed with an RPG and it works really well. If you're looking for something different then check it out, because it can only get better with updates.

It's different from traditional RPGs

Lots of places to explore

Lots of things to do

It is different and that can be annoying in some places

A little too much all at once from the start

The tutorial needs to be adaptive.